Is it safe to clean the registry?

You have likely been alerted by popups while browsing the web to clean registry in Windows 10.  These, often flashing, advertisements claim your computer has more than a thousand errors requiring urgent attention to fix.  Perhaps helpfully, these popups offer a solution to cure your computer with a click of the mouse.  Buttons marked “fix now” appear to offer a simple fix to all your computer troubles.

These advertisements are often described as Registry Cleaners, or by a few other names that attempt to convince the user they will somehow clean or improve their home PC.  Within the IT industry they are known as “scareware”.  They are software designed to convince you that your computer has problems it might not have. 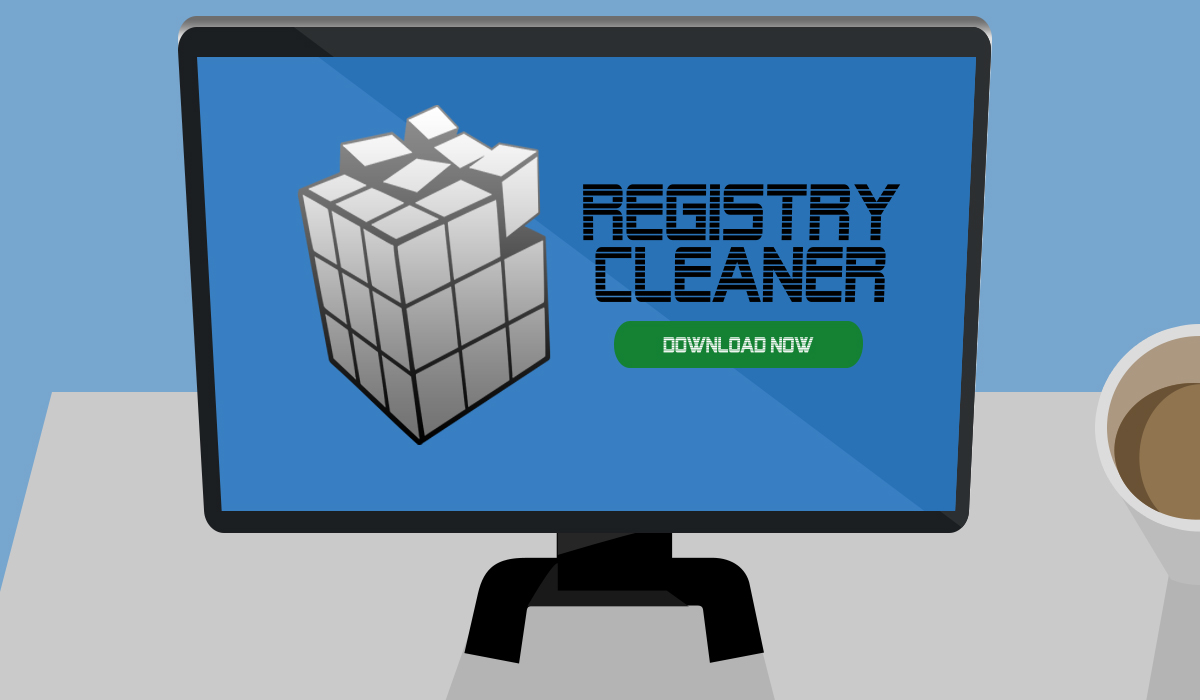 Almost all popups and advertisements that use banners saying “Fix now for free” are not trustworthy at all.  They are little more than a scam attempting to take your credit card details, PC data or both. At best these programs might claim to scan your computer and show a convincing list of plausible sounding computer problems.  Using this, they will ask for payment to “fix” these problems to get your PC back in shape again.

At worst these advertisements can be downright malicious. Some may attempt to use fake warnings and scare tactics to trick customers into installing spyware on their own computers. When installed, spyware will attempt to steal information in the background.  Attackers may use this technique to steal usernames, passwords, emails, and credit card details.  Sometimes the first sign a user has that something is wrong is when a virus scan detects software doing something it shouldn’t be.

Do I need to clean registry in Windows 10?

The Windows system and various applications installed on your PC do leave files stored on your computer.  These files can stay behind or go out of date even after the application that initially made them has been removed.  These files can use up a little space on the hard drive and generally cause minor clutter within the system.

Despite the large amount of “scareware” and fraudulent computer cleanup scans out there, legitimate applications designed to clean your system do exist.  This can be something we cover and is often done as a single small part of a complete computer tune up. Keeping up with out of date files and freeing up unused space is worthwhile and can be considered “good housekeeping”.  The vast speed boosts many online advertisements claim to unlock by simply moving files around are almost always false.

The home computer, however, is commonly upgraded and can be boosted by more conventional means. If the speed of your PC is no longer up to the task, there are ways in which we can unlock far greater gains than simple housekeeping chores.

Relatively low-cost hardware components such as memory can often be added to boost the speed of even an older PC and unlock a new lease of life.  Upgrading the computers RAM can double the working memory available to the operating system. With extra memory, many programs can keep more information available to work with. This upgrade reduces loading times and increases the computers ability to run more programs at once.

Another common speed boosting upgrade involves how we store and load data from the computer. Switching from an older style mechanical hard drive to a modern Solid State Disk (SSD) can bring down the startup and loading time of any PC.

Loading data from the hard drive is very often the slowest part of a computer, the bottleneck in an otherwise very fast system.  Because an SSD does not use any mechanical components the time to access the disk is nearly instant when compared to older, mechanical hard disks.

These upgrades offer boosts in speed to rival a modern system at only a fraction of the cost originally paid for the computer. Upgrading the RAM, swapping to an SSD, or doing both will provide an instant, dramatic, and safe improvement to the speed of your PC.

If your computer is running slow contact us to arrange a real and professional cleanup.

Previous Post: « How to Recognize 5 Types of Malware
Next Post: Parents: Learn how to control in-app purchases on Apple and Android devices »

Maybe you want to be a little mysterious, but more likely you …

Your computer is down for the count. You’ve tried the perennial …

Nobody likes to be told what they can’t do. Still, there are …

The use of mobile devices is becoming standard in business. …

There are millions of Microsoft 365 users globally. Businesses …

This is the digital age, and no matter your industry, it’s safe …

When you sign up for internet service, the provider will hook …

Fresh-baked cookies are yummy, but you may not have the same …